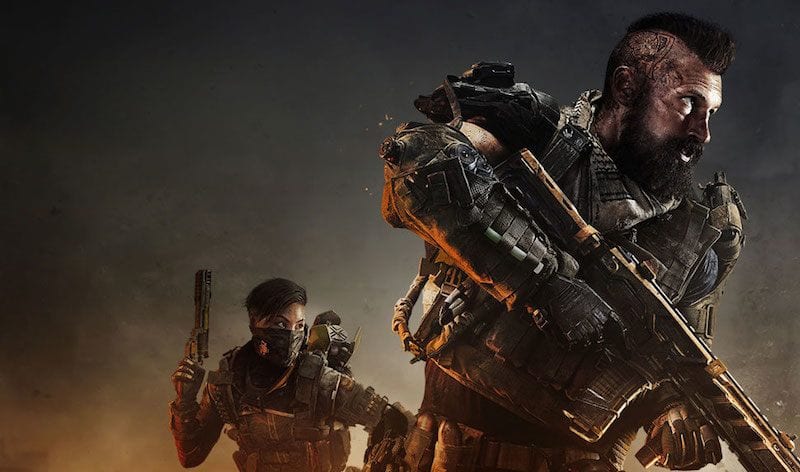 Call of Duty: Black Ops 4 has rolled out a brand new update for PC and Xbox One players and brings Operation Absolute Zero into the fray.

Here are the full details:

Operation Absolute Zero has arrived on Xbox One and PC, granting all players free access to a huge new season of content:

And for Black Ops Pass holders on Xbox One and PC, we’ve got exciting new game content in all three modes:

In today’s update to Multiplayer, we’ve implemented our first balancing pass on Zero, our new Specialist. As with all new features in Black Ops 4, we’ve been paying close attention to how Zero plays into the overall Multiplayer experience and have tuned some of her abilities accordingly. This includes an increase in the time it takes to earn her Ice Pick, varying increases to the time it takes her to hack Scorestreaks and Torque’s Barricade, preventing her hacks from freezing enemy healing cooldowns, and more. Take a look at the full patch notes below for the full list and let us know what you think.

We’ve also updated our MP Featured playlists, including the new Half Off Heist on all platforms, Map Pack Moshpit for Black Ops Pass holders, and Mercenary Objective Moshpit for our lone wolves.

This week also brings new updates to Blackout, including…

In Blackout Custom Games, players can start a private match to explore the map at their own pace and practice Blackout with teams of friends. As we mentioned in last Friday’s update, Custom Games in Blackout will initially support a max player count of 12 – this is planned to grow over time as we evaluate player engagement, and we’re already planning expanded feature support over time.

Today’s new audio improvements in Blackout are focused on vehicles. We’ve lowered the volume of the Supply Drop plane to ensure players can hear more of the in-game action while the plane is overhead, and vehicle engines can now be heard more reliably when several other sounds are playing. The ARAV can also now be heard from farther away to help prevent surprise ambushes. Yes, we’ve seen the footage.

Starting today on PS4, we’ve unlocked all Specialist characters in Blackout without requiring players to track down and complete their Character Missions, to ensure all players can play as the Specialist of their choice. For those players who’ve already put in the time to unlock their Specialists the old-fashioned way, we’ve got a special new Blackout-exclusive outfit reward for you called “The Numbers”, which we think you’re going to love. Players can also earn this outfit for each character by finding and completing these missions, which are now called Outfit Unlocks, after today’s update. And of course, more new characters are on their way to Blackout in the near future.

Contraband Stashes are also new today in Blackout on PS4. These are new types of Supply Stashes that you’ll find throughout the world, which can contain the new Secret Santa and Slay Bell melee weapons from the Black Market. Ho ho hooooly sh*t, they’re deadly!

We’ve got more Blackout updates planned for this week, including Weapon Camo support and tuning to Armor durability and Armor Plates (currently in playtesting). Keep an eye on the subreddit for more details soon.

In Zombies, we’ve implemented a new round of gameplay improvements across all maps and a handful of stability fixes to help smooth out some of the remaining bumpiness players might have experienced. While we believe the vast majority of lingering Zombies stability issues have been eliminated with this update, we’re always investigating further ways to deliver an even smoother experience in future patches. If you’re still experiencing a crash in Zombies after this update, please let us know in the comments below with details on what was happening in-game at the time of the crash.

Finally, we’re happy to introduce an accessibility feature that we’ve been planning for a while: the new Auto Sprint option will allow players to double-click their controller’s left stick to automatically sprint in Multiplayer, Blackout, and Zombies. Players can enable this setting under Controls in the Options menu.

The following updates are now available on PS4, with other platforms to follow:

The following updates are included in the 1.10 title update on all platforms:

In addition to the items included under All Platforms above, the following updates are available this week on Xbox One and PC with Operation Absolute Zero:

In addition to the items included under All Platforms and Xbox One and PC above, the following PC-specific changes are coming to the PC 1.10 title update:

Related Topics:Call of Duty Black Ops 4
Up Next