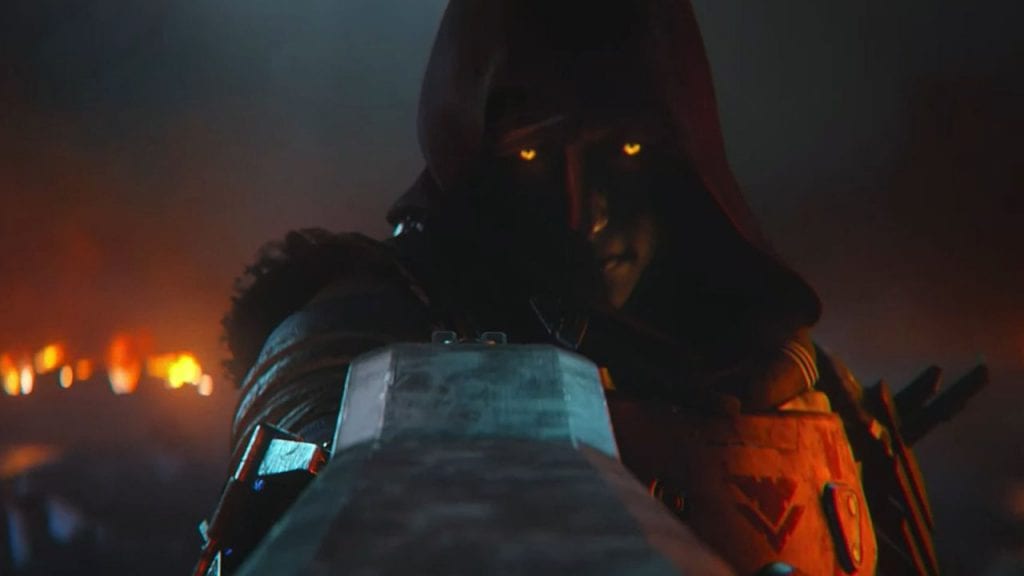 When Destiny 2: Forsaken officially drops on September 4th on PC, PS4, and Xbox One, a lot of changes are going to be implemented, some of which have already rolled out ahead of the highly-anticipated launch of the massive DLC, and Bungie, the developer behind the popular title, is outlining some of those changes.

During a series of blog posts on Bungie, the team discussed the inner workings of Gambit, and it’s progression/rank system:

Many of you have asked about how rewards will work in Gambit. We’ve seen questions as to whether it will feature a ranking system akin to Valor or Glory in the Crucible. Senior Designer Robbie Stevens and Test Lead Sam Dunn can answer these questions with an explanation of Infamy ranks.

Robbie: With Forsaken just around the corner, Gambit will soon be unleashed into the wild. I wanted to discuss our high-level goals for the mode:

Gambit was designed with replayability and variety as a core part of the experience, but we knew that wasn’t enough. Players need desirable loot to chase and a way to show their dedication. So, with that in mind, we created our very own ranking system: Infamy.
At a high level, Infamy is:

We’ve been watching the response to the Valor ranking system in the Crucible. A lot of this new work takes that community feedback into account. At this point, I’m going to pass it to Sam, who pulled double duty to design and test the Infamy ranking system.

Sam: To start, we’ve designed Infamy ranks to be more granular by splitting most of the familiar ranks into three tiers. This will allow players to work toward shorter-term goals that are achievable in a few play sessions, rather than over many weeks. It also gives us more opportunities to grant rewards. The Guardian, Brave, Heroic, Fabled, and Mythic ranks will all have three tiers. The Legend rank will remain as one solid chunk.
Apart from this major change, Infamy ranks will function very much like Valor ranks:

In addition to completing matches, you can also earn Infamy by completing Gambit bounties. Each day, the Drifter will have a selection of daily bounties available for sale that will award Infamy points, as well as other rewards. He’ll also sell a special weekly bounty once you reach Level 50. The weekly bounty will award a large number of Infamy points and a piece of powerful gear. This allows you to always be making progress toward Legend, no matter what your short-term goals are.

Guardians who have tried Gambit in the wild have given it high marks for fun. At the same time, we know you well enough to know that a worthwhile reward is another crucial ingredient in a recipe that brings you back to the fight again and again. We hope to see you in Gambit when it launches with Forsaken!
During our combat reveal stream, we used the Crucible as a proving ground to show off how new weapon systems and tuning will affect the way we fight in all activities as Guardians in Year 2 of Destiny 2. The updates to the tools of the trade are not the only changes you can expect in the arenas that pit players against players. Senior Crucible Designer Kevin Yanes is here to be accountable for how you’ll distinguish yourselves and earn awesome rewards in glorious combat.

Kevin: I’m glad to have the chance to talk to you all about Crucible ranks going forward. This past season of gameplay has taught us a lot about what has worked well and where we can do better. As we kick off the next season, we’re excited to give players new ranks to earn! Let’s dive right into the goals we had for designing the Crucible rank system in Season 4 and the changes that they generated:
Goal: Make earning a high rank in Glory NOT feel like your second job
Changes:

Goal: Recognize the achievements of players who did not receive their weekly awards in Season 3
Changes:

Goal: Continue to promote Rumble as a third mode
Changes:

If you committed to any of the rank ladders we established in Season 3, thanks for making the fight lively. We love supporting the competitive community, no matter your skill or mood. Keep your feedback coming, and we’ll keep making the Crucible a place where you submit to some of the finest tests of skill that Destiny has to offer players.

Related Topics:destinydestiny 2Destiny 2 Forsaken
Up Next