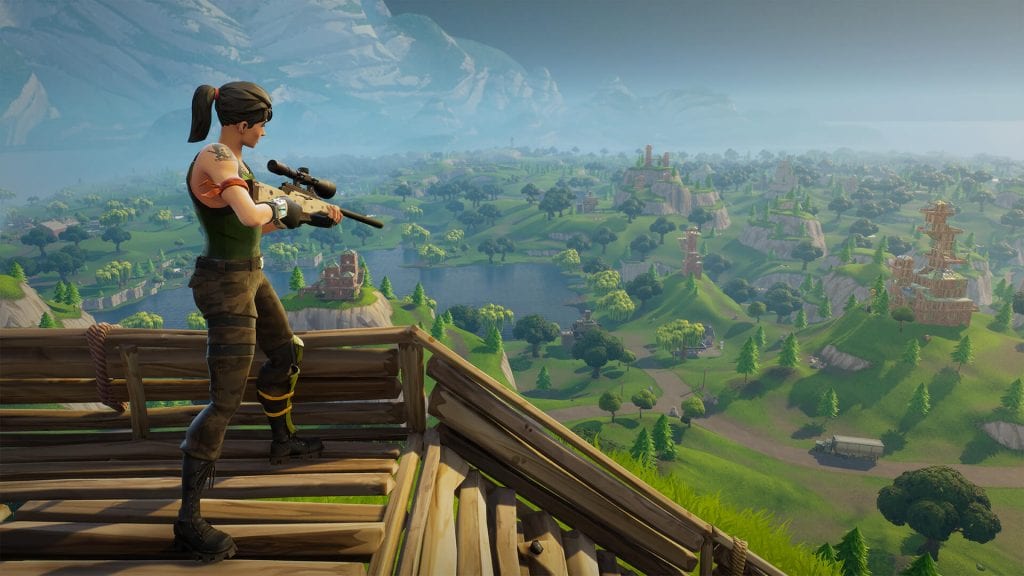 Season 8 of Fortnite is churning out a number of changes, and the latest update, Patch v8.01, is no different.

The latest update brings with it Buried Treasure, along with Slide Duos in the LTM

Full patch notes are below:

The Buried Treasure in Fortnite is a legendary rarity pick-up that you can find both in chests and from floor spawns. You can only hold one at a time, but it’ll lead you to an “X marks the spot” which you can strike with your pickaxe to uncover masses of precious booty – read: lots more legendary items.

Also hitting Fortnite this week is a new LTM, Slide Duos, which gives everyone infinite ammo Grapplers and unbreakable ice blocks on your feet so you slide everywhere.

There’s no fall damage, and your max run speed is upped to a ridiculous degree in Slide Duos, so things are sure to get hectic.

As for other changes, the explosive Bottle Rockets – which were a bit rubbish to be honest – have been vaulted, and the chances of finding Infantry Rifles and Clingers as loot have been reduced.

In Fortnite Creative the three spray limit has been removed, so you can now use as many as you like in your wildest creations. You now also have access to previously vaulted weapons of the Drum Gun and Tactical Submachine Gun, and four new prefabs: the Elemental Cube Gallery, Bridge and Girder Gallery, Obstacle Course Gallery, and Visualizer Gallery XL.

As for this week’s challenges, the Season 8 Week 2 challenges have leaked early, so you can prepare yourself for when they drop.

You can read the full v8.01 patch notes are below, before dropping in from the Battle Bus to grab some Buried Treasure of your own:

Increased the angle at which you can slide down terrain without taking damage from 65 degrees to 75 degrees.

Buried Treasure
It’s a map that is used to track down buried chests on the map.
Chests contain a trove of legendary loot.
X marks the spot! The chest must be dug up using a pickaxe.
There is a limit of one map held at a time.
Legendary Rarity.
Can be found from Floor Loot and Chests.

Extended Hours: This event consists of a single session which lasts until March 9th 00:00 GMT.
Due to the extended hours for this event, Duo players will each have their own score that remains when changing partners.

Note: Due to the playlist featuring matchmaking based on your score, the quality or availability of matches may differ at certain times of day.

Each match played will reduce your score by two points in the form of a ‘Bus Fare’ at the start of the match.

Tournament scores cannot go into the negatives – at the end of a match, if a player has a negative score for the tournament then their score will be reset to zero points.

Matchmaking:
Players are still matchmade against opponents with similar point totals.
Matchmaking will wait for up to 8 minutes before creating a match with the closest players available.

Matchmaking will search in a considerably wider points range after 4 minutes of searching.
At the conclusion of the Gauntlet Test Event, the Top 5% of players based on their final score will unlock the ‘Gauntlet Finals’ tournament.

Top 3000 players in each server region will advance to Round 2 on Sunday during same time block.

Improvement to the standard AR sound so that it’s not overbearing on the shooter.
The sound made when a player destroys a structure is now louder when instigated by enemies.

Footstep audio blends in the above/below layers, rather than binarily switching between them.

Footstep occlusion traces from the head of enemies when they’re above or below.
Reduced the volume of the Season 8 Victory Umbrella.

Sprays are now saved! Use your sprays to decorate.
Removed the 3 spray limit, now each spray has a small cost on the memory thermometer.

Bug Fixes
Fixed issue where Nintendo Switch Consoles can Desync with 16 players on a Creative Server.

Bug Fixes
Fixed hero loadout information sometimes showing placeholder data.
Fixed the collection book unslot button being unavailable if you have a free unslot but do not have enough currency to unslot like you would regularly. It never charged currency for free slots, but would not be accessible without having enough currency.

Bug Fixes
Corrected an issue which caused Bulletstorm Jonesy’s abilities to be unlocked in the incorrect order. He should now gain Warcry at 1 star, Goin’ Commando at 2 stars, and Frag Grenade at 3 stars as intended.

Corrected an issue which reset the cooldown of Mantis Leap mid-air during certain weapon interactions.

Staying airborne for minutes at time is fun, however, this was an unintended interaction. We want to make sure we’re responsible about how we implement vertical gameplay and after seeing such a strong positive response we’ll be looking for more ways to introduce this type of gameplay in the future.

Fixed an issue where Keen Eyes created collision with some enemies.

Bug Fixes
Fixed wall sometimes being built when using mouse to pick a trap from the trap picker.

Bug Fixes
When motion blur is turned on for consoles that support it (Xbox One X or the Playstation 4 Pro), it will now properly take effect.