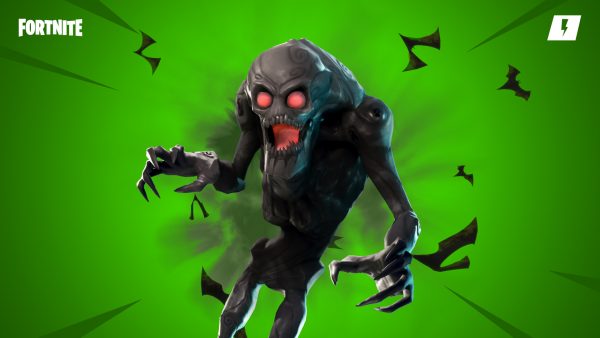 Fortnite has dropped a brand new patch, patch v6.20, on Wednesday and it introduces the Six Shooter revolver, Field Hunting crossbow and the re-deploying glider, among other tweaks.

Limited Time Event: Fortnitemares
The Cube strikes back, bringing Fortnitemares to Battle Royale! Drop in and discover what the Cube has unleashed.

The Spiky Stadium makes a return with a brand new respawn system and Vending Machines to provide all the necessary grenades. Finally, there’s the Port-A-Pirateship mini-game. This grenade spawns a re-creation of the minigame shown off by SXVXN!

Obstacle Course: Collect the tokens and avoid the obstacles while honing your building skills.
Building Challenge: Build the structure as fast as possible.
Firing Range: Take out as many dummies as you can within the time limit.

Once inside the new Spiky Stadium, players will respawn at designated spawn points inside the playspace.
Vending machines provide grenades and Traps to allow you to customize your play.

A re-creation of the minigame shown off by SXVXN.
Spawns two large wooden Pirate ships.
The minigame will split players into two teams, with the goal of destroying the other team’s ship.

New Vending Machines have been added across the map to provide more Traps and weapons.
A new respawn button has been added to the in-game player menu.

Available in Uncommon, Rare and Epic variants.
34 / 36 / 38 base damage.
Shoot from the hip for faster fire rate, or trade rate of fire for precision by aiming down the sight
Uses Medium Ammo.
Can be found from floor loot, chests and Vending Machines.

This is a visual only change.

Help us test this feature and let us know what you think. When in mid-air and greater than 10m up, press Jump to deploy your glider.

Maximum time in the DBNO state reduced from 100 seconds to 50 seconds if no friendly player attempts to revive you.

No Challenges are needed to unlock these variants. If you own the Outfits they will be automatically unlocked.

Red – Hidden
Green – Visible
Blue – Does not affect visibility
Buttons will only be shown when they are relevant to the player, even when set to “visible”.
Example: Buttons shown while holding a weapon will only be shown on screen while a weapon is being held.

Venture into the creepy lands of Hexsylvania and experience the “Vlad Moon Rising” questline. Now upgraded with additional narrative content! Earn Candyand spend it on Fortnitemare Llamas. Candy can be earned by playing missions in Hexslyvania or by defeating Miniboss mission alerts on the normal campaign missions.

The Llama also contains Fortnitemares Survivors. Collect the full set of survivors (in your Collection Book) to unlock the Legendary Pumpkin Launcher schematic!

Activating the pylons quest can be done in any zone.

Gunslinger who only needs six shots to get the job done.

A new set of Rat Rod weapons are available in the Fortnitemares Llama:

Fast-firing LMG with a large magazine size and a ramp-up time.

A medium club with a good balance of damage and speed.

A light axe with a good balance of damage and impact.

A 2-shot burst shotgun that decimates targets at mid-range.

A fast-firing automatic sniper rifle for combat at mid to long range.