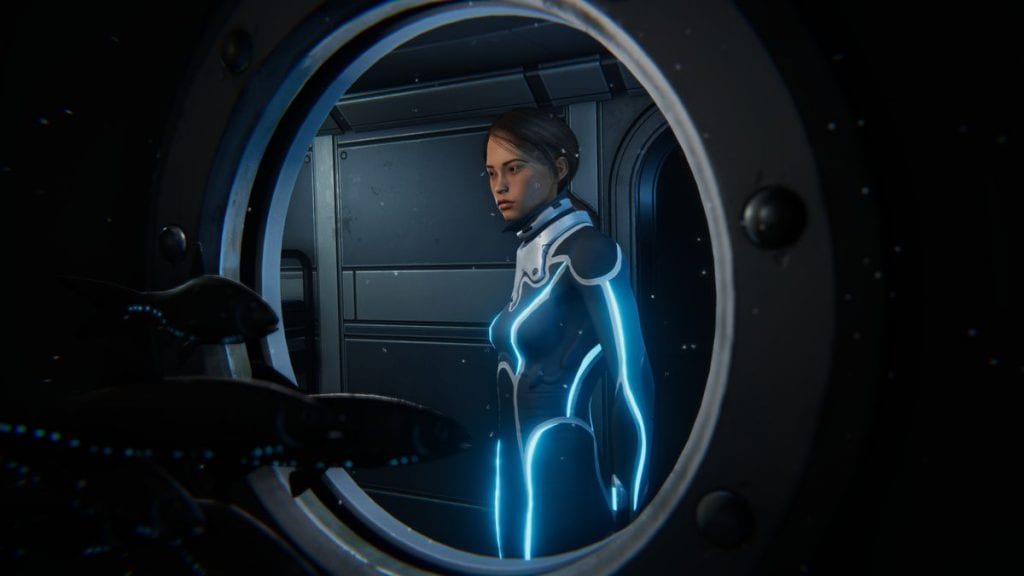 Taking place 15 years in the future, Beyond Blue is an educational game centered on marine biology as it follows marine biologist Marai, who is investigating the South China Sea, as she explore strange behaviors such as inter-species pack hunting and breeding following the formation of a biomass which pushes creatures together in tight living quarters.

Published by E-Line Media and developed by Upper One Games, is set to launch sometime in 2019 on Windows PC.

“We have scientists embedded in our team,” Zimmerman says. “They’re part of our stand-ups. We run everything by them. We want to make sure that this is as accurate as possible.”

“As the game progresses, and you study the same creature over and over, you’re learning that creatures pattern, their habits,” Zimmerman said, according to Polygon. “Basically, you have the ability to put tags on some creatures. You’ll be able to see the world from their perspective.”

“[Education] is a key component of what we’ve done in the past. Before Never Alone, we were primarily an education-focused company. We want to put forward entertainment in a way that helps enlighten and encourage people. We’re approaching this as a consumer product first, with the added bonus that you might take away something you weren’t expecting.”

Related Topics:Beyond Blue
Up Next