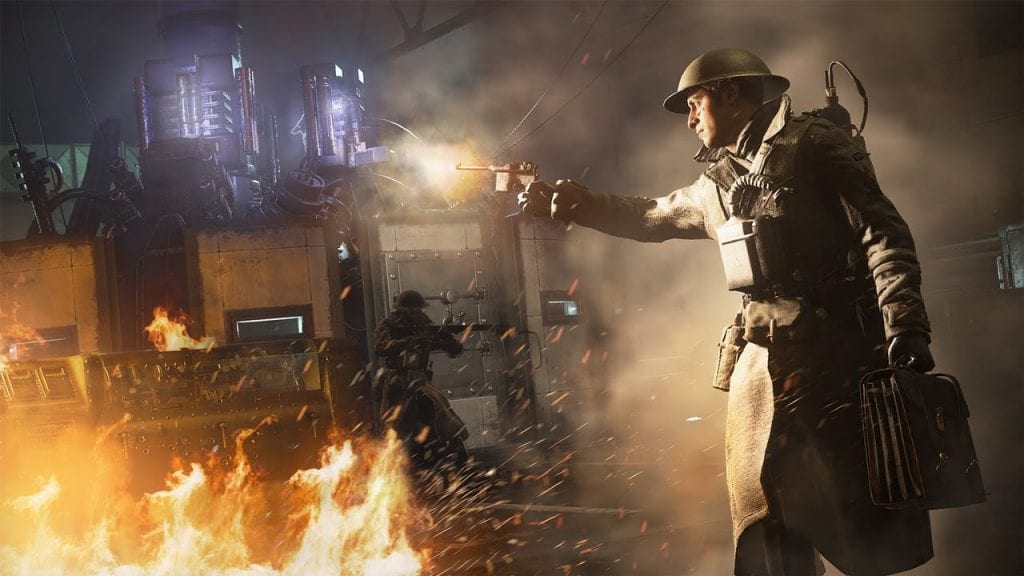 Call of Duty: WW2’s fourth DLC pack, Shadow War, will arrive next week on August 28th, on Playstation, and a new trailer release by Activision, along with a bunch of newly unveiled screenshots, will give players a sneak peek into what to expect when everything arrives next week.

The forthcoming DLC will come with a new War Mode mission called Operation Arcane, three multiplayer maps (Airship, Chancellery, and Excavation), and the final chapter in the Nazi Zombies mode.

“There is a hole in the middle of the [Excavation] map where you drop onto this pile of gold coins and valuable fine art,” says multiplayer development director, Adam Iscove. “There’s always somebody either coming or going that way, so it’s a fun place to drop in and surprise people, or crouch and wait for them to come down.”

“Thematically for this pack, we wanted to push the fiction as far as we could, have a lot of fun with it, and give the player a sense of creativity as they play,” said lead multiplayer environment artist, Matt Abbott.

Related Topics:call of duty ww2
Up Next

First Look at Call of Cthulu Gameplay with Gamescom Trailer